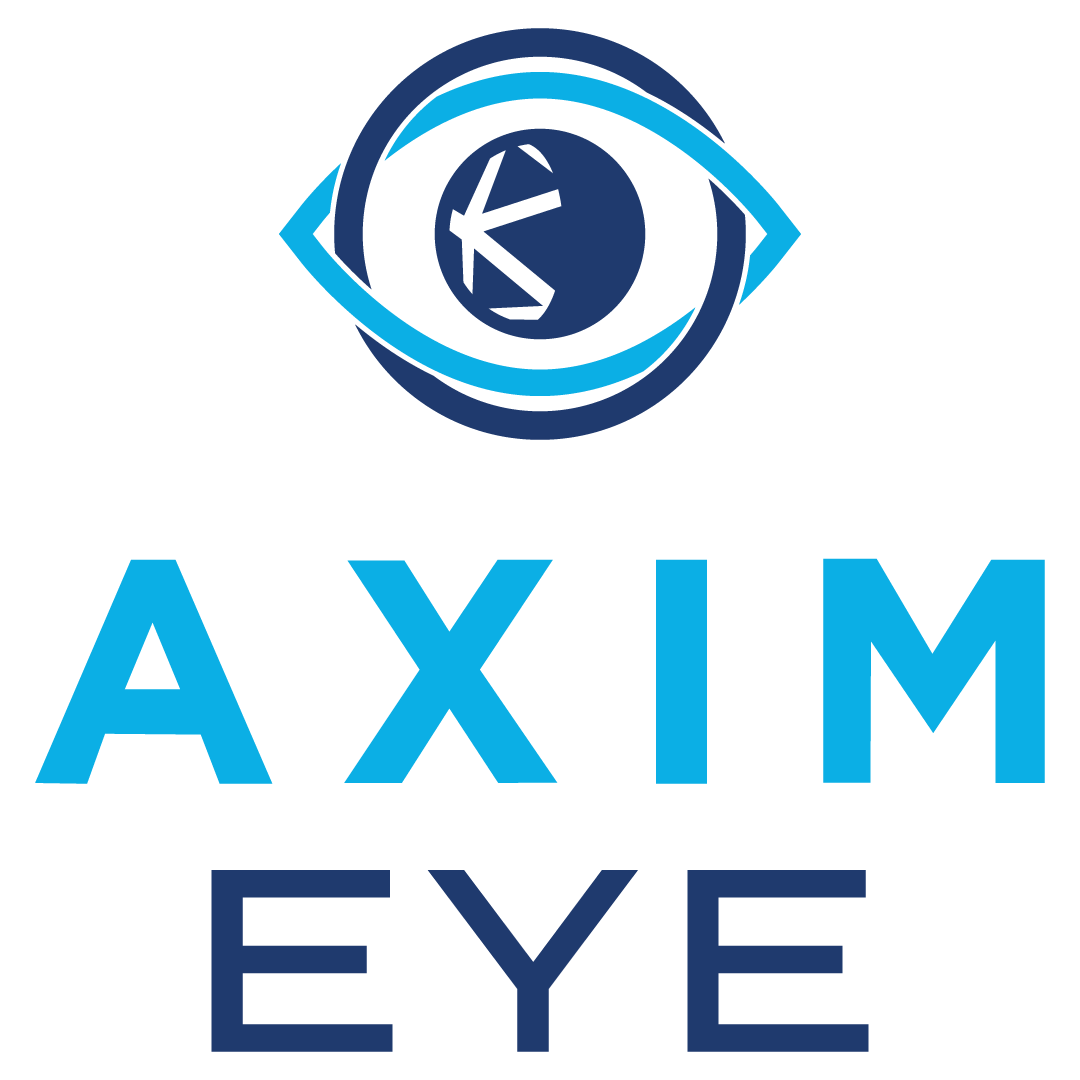 AXIM is working with two highly specialized point-of-care (POC) lab testing systems designed specifically to assist eye-care physicians in detecting and quantifying a variety of biomarkers associated with external ocular disorders. The first is a rapid Point-of-Care (10-minute) lateral flow diagnostic assay together with a reader that tests for exact levels of Lactoferrin through the collection of 0.5 microliter in tears. The second test is designed for the measurement of Ocular Immunoglobulin E (IgE), a biomarker for allergies and a key biomarker primarily associated with Dry Eye Disease. Both tests are FDA-cleared and insurance reimbursable. 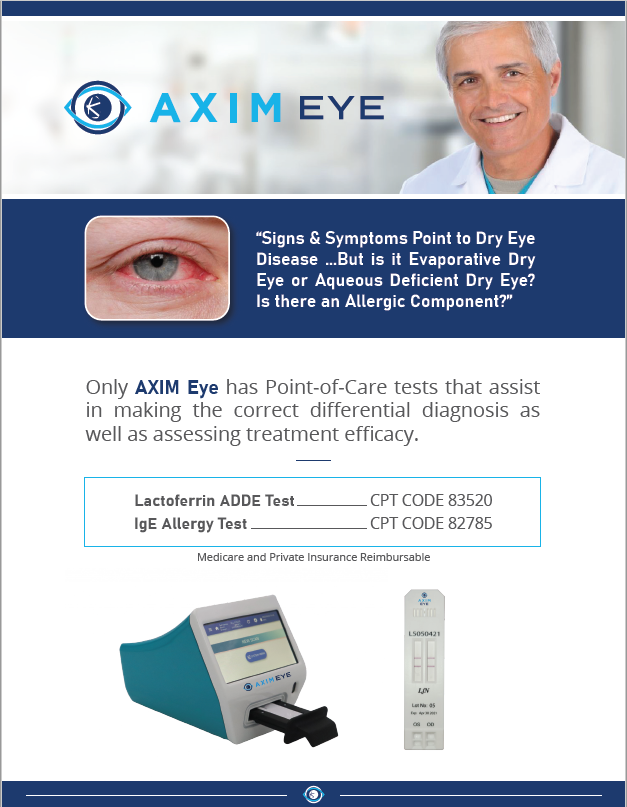 According to the American Academy of Ophthalmology, approximately 20 million people in the United States (344 million people worldwide) have Dry Eye Disease, and that number is growing in both young and old adults, making it imperative that clinicians figure out how best to diagnose and treat it.  According to the American Journal of Ophthalmology, as of July, 2017, a study reported an estimated 6 million people reported having experienced Dry Eye Disease symptoms but had never been diagnosed.

Diagnosing Dry Eye Disease is a challenge because it’s a multifactorial disease, with many disparate causes. It has a highly variable symptom profile at different stages of the disease, and there’s often a discordance between signs and symptoms.

Currently available tests for Dry Eye Disease include Matrix metalloproteinase 9 (MMP-9) testing which has been found to identify the presence of ocular surface inflammation in 40% of confirmed dry eye patients. However, some findings suggest that not all patients with symptoms and signs of Dry Eye have elevated MMP-9 levels. The other commonly used test is for Osmolarity.  Researchers have found that in a given patient, a single tear osmolarity measurement cannot be used to distinguish patients with dry eye from patients without Dry Eye. The variability among osmolarity readings calls into question its clinical utility.

AXIM is working with a rapid Point-of-Care (10-minute) lateral flow diagnostic assay together with a reader that tests for exact levels of Lactoferrin through the collection of 0.5 microliter in tears. Lactoferrin is a protein contained in tears, which protects the ocular surface with its antimicrobial and anti-inflammatory properties. Lower concentrations of lactoferrin have been demonstrated in patients with Dry Eye, which is associated with decreased aqueous tear production. AXIM’s scientific team has assisted in the optimization of the assay previously and continues to conduct research on its accuracy and applications.

AXIM is also working with a FDA-cleared, insurance reimbursable test for the measurement of Ocular Immunoglobulin E (IgE), a biomarker for allergies and a key biomarker primarily associated with Dry Eye Disease. The test is of high clinical utility in the confirmation of the presence of an active ocular allergen and uses the same reader system. AXIM’s scientific team is working on the optimization of the assay with an expected sales launch in the first quarter of 2022.